When Was Jesus Born?

We don’t know when Jesus was born.  In fact, we don’t even know the year he was born.  You might ask how can that be since we are in the 2,020th “year of our Lord” or “anno domini” (A.D.).  Wasn’t Jesus born at year 0?   It’s complicated.  Dionysius Exiguus (d. 544) was a monk who invented the system of counting time since the Lord’s birth or “in the year of our Lord” rather than in the year of a certain emperor’s reign or by the Olympiads.  Unfortunately, he made a mistake.  His calendar was off by 4-6 years.  Because of that, King Herod actually died in 4 B.C. by Dionysius reckoning.  According to Matthew, Herod the Great was alive when Jesus was born.  Jesus was probably born between 6 and 4 B.C.—Before Christ.  It sounds strange to say that Jesus was born five or six years before Christ.

It is more even more difficult when we ask in which month Jesus was born.  The New Testament does not give us any indication of the time of year.  Some scholars have speculated that his birth would have not been in winter.  Why?  During the cold winter months shepherds brought the sheep into town at night and put them in folds. So, shepherds would not have been staying out in the fields at night as Luke says they were when Jesus was born.

However, others who lived in that region have observed that shepherds take the sheep where the grass is and stay out in the fields at night every month of the year.  I have traveled to Israel several times in the winter.  There are always Bedouin with flocks or herds who live in tents year-round far from towns.

When we lived near Bethlehem during the winter months, there were three Christmas celebrations in that city – on December 25 for Roman Catholics and Protestants, on January 6 for Orthodox Christians, and on January 19 for Armenian Christians.  Scholars have said that December 25 was chosen to coincide with the winter solstice, beginning a new year with the “Unconquered Sun” (Sol Invictus). It has been argued that the Roman pagan celebration on December 25 was “Christianized.”  That view is still common, and I have shared it.

However, some recent studies have shown that December 25 was already regarded as the day of Jesus’ birth in 211 by Christians in North Africa.  Sol Invictus was not instituted in Rome until 274. How did they arrive at December 25 as Christmas?  Some early Christians thought that the world was created at the spring equinox on March 21 and the fourth day of creation was when lights (sun, moon, and stars) were created according to Genesis. Therefore, the day of Jesus’ conception—the light of the world—and the Annunciation of his birth to Mary would have been March 25.  Nine months later Jesus would have been born—December 25.

Another reason it is unlikely that Christians would have adopted a Roman holiday is because early Christians did everything they could to distinguish themselves from Jewish and Roman religions. That may have changed after Christianity became the religion of the Roman Empire. December 25 was given as the day of Jesus’ birth in 211 by an early Christian historian, about 170 years before Emperor Theodosius declared Christianity the state religion of the Roman Empire.

The truth is that it is a wonder that we celebrate the birth of Christ at all.  Birthdays were not celebrated in the early church in contrast to Roman practices.  Rather than the birthday of early Christian saints, the date of their martyrdom was celebrated.  Early Christians did not celebrate the birth of Jesus or anyone else.  According to the Gospels, Jesus was raised from the dead on the first day of the week, Sunday, also known as the Lord’s Day.  From the beginning Christians gathered on the day of Jesus’ resurrection, the Lord’s Day, which we still do.

Early Christians observed the day of Jesus’ death, also regarded as March 25.  For example, our earliest Gospel writer Mark does not even mention Jesus’ birth but spends 20% of his story on the death and resurrection. Easter was the preeminent celebration of the early Christians. Christmas only came to be observed centuries later.

Some Protestant Christians persisted in not celebrating Christmas until recent times.  For example, Christmas was not celebrated in New England for the first two hundred years of white settlement because the Puritans opposed it.  They saw Christmas as a secular holiday tradition with rowdy parties and even street brawls.  Many still lament the commercialization and secularization of Christmas.

Other biblically conservative Christians continued to refuse to recognize Christmas up until the twentieth century.  For example, Southern Baptists, the largest Protestant denomination, did not observe Christmas because they insisted that the New Testament does not tell us when Jesus was born. Christmas was considered a Roman Catholic holiday. In Baptist seminaries classes were held on December 25 just like any other day up until sometime in the twentieth century.

Does it matter when Jesus was born—whether his birthday was December 25, January 6, January 19, or a day in June or July?  Not to me.  Recently I discovered that one of our preschool teachers was born on December 25.  However, her family always celebrates her birthday in the summer so she can have her special day.  I was born on November 25, the day before Thanksgiving. I tell people, “The day after I was born, the entire nation gave thanks.” 

Seriously, even though we do not know when Jesus was born and the tradition of celebrating his birthday was apparently not observed by the earliest Christians, I am glad for the tradition of Christmas. It gives us the opportunity to rejoice in God becoming human and living among us and to give thanks for the baby born to be the Messiah, our Savior and Lord.  While many bemoan the secularization and monetization of the season, it is a great opportunity for us Christians to demonstrate the love and compassion of Christ for those in need and to share why we rejoice.

Eerdmans Dictionary of the Bible 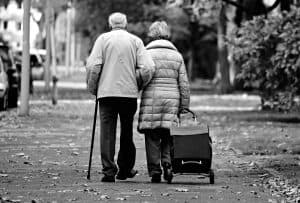 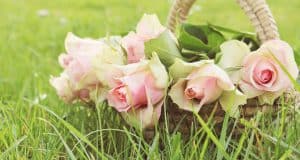 Lord, we give you thanks for mothers who loved us, who led us to faith in you and in ourselves, and who taught us to follow the right path.  We ask

Amicable Divorce in the UMC?

Make every effort to maintain the unity of the Spirit in the bond of peace. Ephesians 4:3  This morning’s emails included one from a friend of mine who is president of